On September 29, Director of the Japanese company Net design 51, Tsukahara Kazuyuki, spoke about the experience of building an effective website for Russian companies wishing to enter the Japanese market at the Japan Center in St. Petersburg. The lecture was held in the framework of the seminar “Internet commerce”.

Japanese centers in Russia are created and managed by the Japanese government. The first of these centers was organized in October 1994 in Moscow on the basis of the Moscow International Higher Business School at the Academy of Economic Studies named after GV Plekhanova. The Japanese Center in St. Petersburg was opened in March 2001. In addition, the centers operate in Khabarovsk, Bishkek, Sakhalin, Kiev and Nizhny Novgorod. Specialists from Japan specializing in them read lectures on enterprise management, marketing, financial management, foreign trade practice, accounting, and teaching Japanese. In particular, in the Petersburg Japanese Center, free courses are regularly held for PC users with a duration of 2.5 months in two programs: for novice users and for experienced ones. Classes are held in a specially equipped classroom on Pentium III computers, from which unlimited access to the Internet via a fiber-optic channel is possible.

The company “Net design 51” is engaged in the creation of websites, their trust management, as well as consulting in the field of information systems and the Internet.

As Tsukahara Kadzuyuki told, as of February 2004, there were more than 62 million Internet users in Japan. In 2005, access to the network appeared in 80% of Japanese families. Many are switching from network access via ADSL to broadband access via fiber-optic cable. By 2010, the construction of the world’s largest fiber-optic network will be completed in Japan.

In Japan, many types of transactions are made through the Internet: transactions between enterprises, online stores, banking Internet operations and Internet operations with securities. According to the speaker, online stores, including those that can be accessed via mobile phones, are a convenient place to build a business of Russian enterprises wishing to enter the Japanese market.

After reviewing the websites of a number of Russian enterprises that are registered in the Japanese Center, Tsukahara Kazuyuki noted many common flaws in them from the point of view of the Japanese entrepreneur. For example, the lack of a clear basic concept, an extremely small amount of information about the types of products, the lack of an enterprise-customer dialogue mechanism. And also the fact that in most cases the sites have only Russian versions.

As a successful Internet project for the cooperation of Russian and Japanese businessmen Tsukahara Kazuyuki, he brought his own website, Net design 51, b2bmart.jp. In general, the cost of the project amounted to 50 million yen. According to applications, the site may contain information about companies and products offered by industry in the form of text or PDF files, as well as video advertising and video presentation of goods. Materials from Russian companies are accepted in English and subsequently translated into Japanese. The site also has a Russian version. In the invisible part of the site, we search for partners for the transaction, send the magazine with information about the enterprises, monitor the files on the enterprises. After the decision on the transaction is made, the client can also receive assistance in transporting the goods, passing customs and receiving payment. The monthly subscription fee for a Russian client is $ 50. The site began to work in early 2005, transactions have not yet been fixed.

Tsukahara Kazuyuki plans to introduce the project primarily to enterprises in those Russian regions where the Japanese centers operate. In May 2005, “Net design 51” had a partner in website promotion and customer search in Khabarovsk – OAO Invest Invest Group. After the lecture in St. Petersburg, Tsukahar Kazuyuki will read similar reports in Moscow and Nizhny Novgorod.

The seminar brought together representatives of 43 St. Petersburg companies, including the St. Petersburg Union of Enterprises, the Kirlionics Technologies International Association, the Lynx BCC Company, the Stroyfarfor plant, the Karelia Hotel. Answering the question about the web business in Japan, Tsukahara Kazuyuki said that the website in Japan costs $ 8-30 thousand, the salary of web designers is $ 2-4 thousand per month, programmers – $ 5-10 thousand per month.

Answering a question from a spbIT.ru correspondent about why Net design 51 focused its activities specifically on the Russian market, Tsukahara Kazuyuki responded: “When I first came to Russia, I was surprised by the abundance of South Korean products on the Russian market much higher in quality. I think the Japanese do not even know about this situation. It’s amazing that Japan, developing the market in the direction of Eastern Europe, pays much less attention to your country. But the level of the Russian economy is rising, and it is worth expecting that soon Russians will prefer not cheaper, but higher quality goods. Russian businessmen are also very slowly entering the Japanese market. Maybe with the help of online stores, including the one developed by Net design 51, this situation can be changed.” 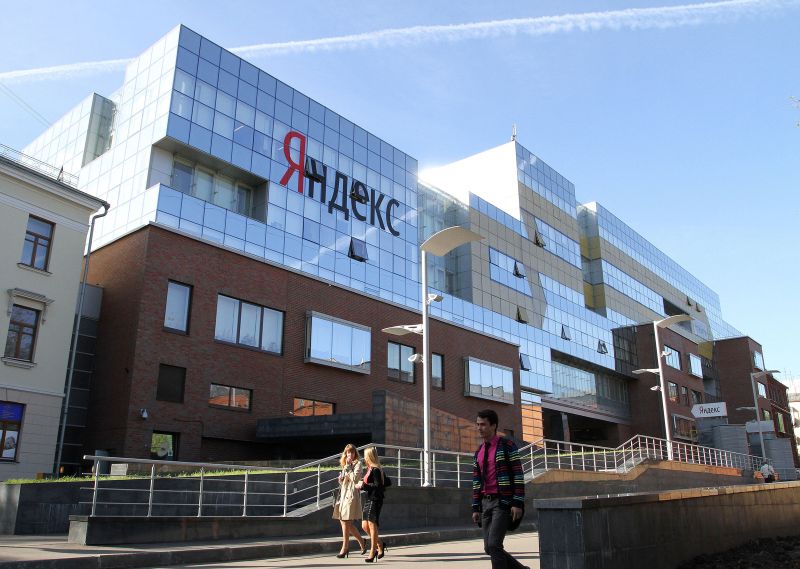